Posted on October 8, 2013 by Michael Pasquale

I do not consider myself to be an “academic” but I do know breast augmentation and the problems with the procedure. Yet in many ways the ones in the trenches of private practice like myself who deal with patients daily contribute useful studies. This is opposed to teaching and preparing journal writing or advancing their academic university career do occasionally come up with a very useful technique which clinically benefits patient care. My breast implant instrument I developed called the Boob-a-rang is an extremely well received instrument simplifies axillary breast augmentation and gives very good results is an example. 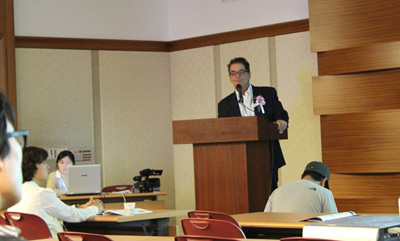 KSAS is  well known South Korean Cosmetic Surgery Society which has held conferences for 27 years in which I became involved in 5- or 6 years ago and have been one of their regular contributors and teachers of breast augmentation. This year  presented my results of a 5 year study using ultrasound (sound waves ) in the treatment of capsular contractual. These were my findings though I am now preparing a manuscript for publication overall I know the result. I feel confident to say that in early capsular contracture complication this is helpful in reversing and preventing progression to a stage 3 problem.

The social side of the meeting

This is a personal blog but I did want to mention the professional aspect of the meeting. Yet many social things and fun things happen at these meetings. Good food and meeting new people sharing ideas of plastic surgery. I enjoy the many lectures from the latest techniques in fillers to hearing what is the hot new treatment in Taiwan or Japan. I enjoy the challenges to my study and the various egos of other “breast experts” yet this time I must say when one obvious local expert challenged me with questions at the end of my talk I found it rather annoying more than stimulating, It was pretty obvious the young doctor was trying to prove his superior knowledge rather than contribute,  to impress the audience. There is always one in every lecture I ever have given or attended.  When I finished my talk he stated that ” the book says massage does not prevent capsular contracture” . Well I said back ” what book?” in which he failed to respond and immediately stated my study did not have enough patients to mean anything. Well since he failed to answer my question, instead just jumped to the old standby about the the study not valid as there were not enough patients (there were 50 in the study) I could see where this was going and just moved on to the next question from someone else. 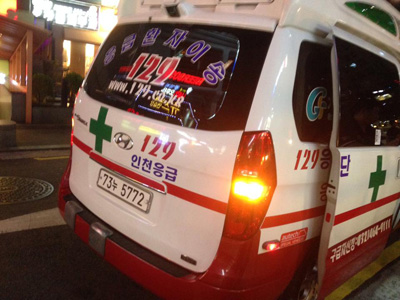 I became annoyed as I had an earlier incident the day before.

Usually when I come up against a lecture terrorist I engage them and fully bring home my point but in  this case I was frankly too tired to engage. Here is why. Well in my flight over I had eaten the airline food. About two hours after that meal I became very sick and spent most of flight in the bathroom. In fact I became so dehydrated,  my doctor friend sent an ambulance with IV fluids to pick me up at the airport. By the next day at the lecture I was recovered 70 % but still not great so when this guy started with the ego trip at the end of my lecture I just became annoyed rather than debating him…..oh well.

Well I did make some new friends at the conference though I missed the social activities as I was sick in my room. I also met some very good peers from China,  who I will meet next month when I give my buttock augmentation  lecture in Hangzhou China.